'Home of the platypus'

Bills horse troughs are watering troughs that were manufactured in Australia and installed to provide relief for working horses in the first half of the twentieth century. The troughs were financed by a trust fund established through the will of George Bills. A total of around 700 troughs were distributed by the trust in Australia and 50 in several other countries.

George and his wife, Annis had no children, and following the death of George in 1927, a trust fund was set up, believed to be around ₤70-80,000. One of the purposes of the trust, as set out in George Bills' will, was to:

"..construct and erect and pay for horse troughs wherever they may be of the opinion that such horse troughs are desirable for the relief of horses and other dumb animals either in Australasia, in the British Islands or in any other part of the world subject to the consent of the proper authorities being obtained."

Each trough cost ₤13 plus transport and installation . The majority of the troughs were installed in Victoria and New South Wales between 1930 and 1939.

Initially the troughs were individually designed and constructed, however by the early 1930s, J.B. Phillips, a relative of the Bills, became the head contractor. Working to a standard design he produced the troughs in Auburn Road in Hawthorn. The troughs were pre-cast concrete with a curved pediment with the inscription "Donated by Annis & George Bills Australia".

Manufacture was subsequently handled by Rocla, who produced troughs to the same design in Victoria and later in Junee in New South Wales. With the rise of motorised transport, demand for the troughs declined and production had ceased by the end of World War II.

Aside from the horse troughs, the trust was involved with other animal welfare projects including the establishment of the George Bills RSPCA Rescue Centre at Burwood East, Victoria which opened in 1964. 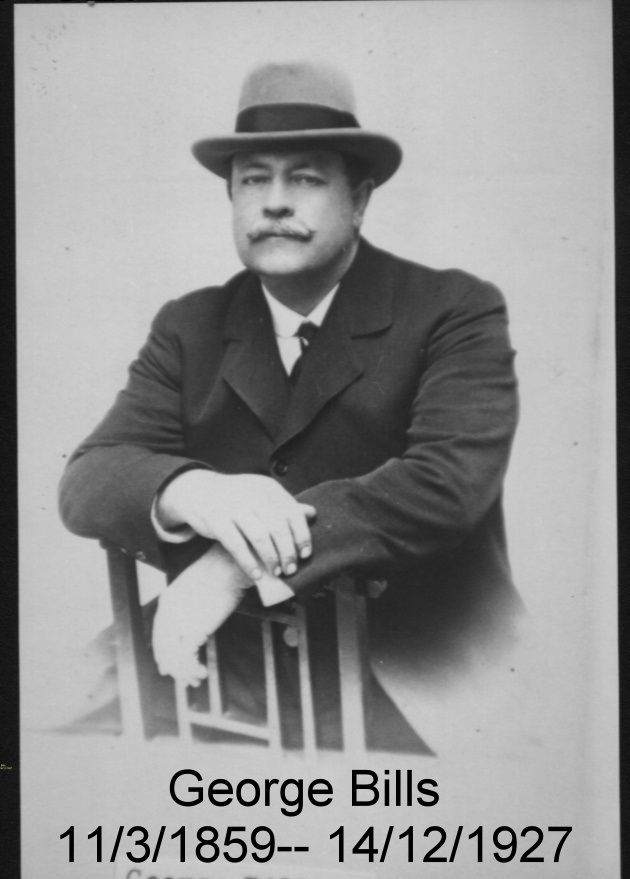 This is Bill's trough located in Montgomery St (Glenelg Hwy) opposite the Lions Club rotunda and across the road from the Skipton Supermarket.